The air was still and the forest was closing in around us. We had long lost the trail, but pressed on in a southeasterly direction, hoping to connect with the trail or access road. Moving forward, step by cautious step, and hollering “Heeeeeey Beeaaarrr!” from time to time, we froze when we heard an answering sound nearby. Was it a moose or a bear warning us to keep our distance? Hard to tell with all the crunching of leaves and twigs underfoot. I unhooked my bear spray, removed the safety, and directed my friend away from the thicket the mystery beast sound had emitted from. Now we headed due south, not where we wanted to be, but where we needed to be at that moment in time.
While I was annoyed by the whole situation, my friend panicked. After berating me for our predicament, she started yelling, “You need to call someone to RESCUE us! Right now! Call someone so they know where we are!! We need to be rescued!!” After calling my husband to let him know we were bushwhacking on the south side of the mountain and would be late for dinner, I calmed myself knowing we were no more than 1-1.5 kilometres off course, and had about three hours of daylight left.
After what felt like an eternity, we made it back to the car with scratched legs and bruised egos. Our unintended detour had only cost us an extra hour on the trail, but was a good reminder of the dangers of “dayhike mentality” (term from Rich Johnson’s Guide to Wilderness Survival).

A number of things went wrong on this moderate scramble: 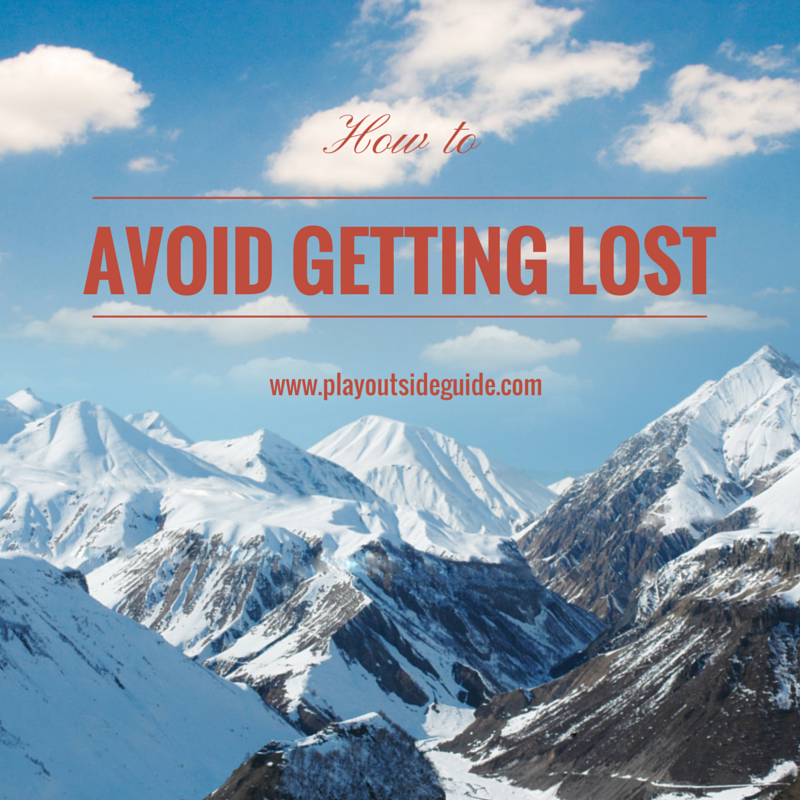 How Can You Avoid Getting Lost (and Yelled At)?

I have been temporarily off-course a few times hiking with others, but fortunately never too lost to require rescue or an emergency stay in the mountains. My biggest “getting lost” adventure was descending the east side of Grotto where there is no official trail. It was an epic adventure, but we chose to do it and were prepared. Stay tuned for wilderness survival tips in case you have to camp out!

Have you ever gotten lost? What happened and how did you make your way back?

The Ten Essential Systems you should carry on every hike

How to stay warm and dry when camping...

How to prevent and treat dry, chapped hands

Great post. I have actually read a lot of your blog posts in the last hour. I really enjoy what you are doing here. (And as a writer of fantasy novels, I'm enjoying looking at different aspects of that when you go through them in blog post). And truly, I love world-culture building. See more

LOL, Mom! : ) I think it's safe to say we both did. Am definitely going to carry a fully charged cell phone from now on and brush up on compass skills. Will probably invest in a GPS unit when we do more remote backpacking again too.

Linda, yes it is definitely best to be prepared! I learned I should be better prepared even if I've done a particular hike before!

A cautionary tale – I wonder if the hiking buddy learned anything from this experience … Stay safe out there (from real and imagined dangers).

Lots of good advice here, Karen. Now we live in an area where there's very little wilderness and very few reasons to veer off the trail getting lost is not as much of an issue, but it's definitely always good to be prepared. I know I need to do better with that!

So annoying, but all's well that ends well. : ) Attitude makes such a difference! I think you and I would be the same – not too stressed out because we can find our way – but my hiking buddy freaked out (she's not from Calgary) so it was more stressful than it should have been. LOL.

YEP, follow the person who knows where she's going and never blindly follow the other person who thinks she knows where she's going!! Always a mistake and yes, been there. I was the one who knew the route and should have been leading. 😉
And, so true about sometimes just having to suck up the extra height gain to go back up and get on route again. Should have done that more than once.

Hi, I'm Karen. I was born in the mountains of northern BC (where the wild things are) and grew up granola... and went on to study Geography so I could learn more about our natural world. Although my home is in Calgary, you can usually find me on the trails or road tripping around Alberta. I started this blog in 2013 to provide "everything you need to know to get outside and have fun!"

Karen Ung is a travel writer and blogger, and frequent guest on local radio/TV stations. Watch her on Global Calgary this summer (biweekly outdoor column) where she'll be chatting about fun things to do around Alberta.

Did you catch the Northern Lights last night? 😍

I just want to sleep in the woods, cook over the f

Remembering our summer trip to Lillian Lake and Ga

"Just a whole bunch of dead leaves," she said.. bu