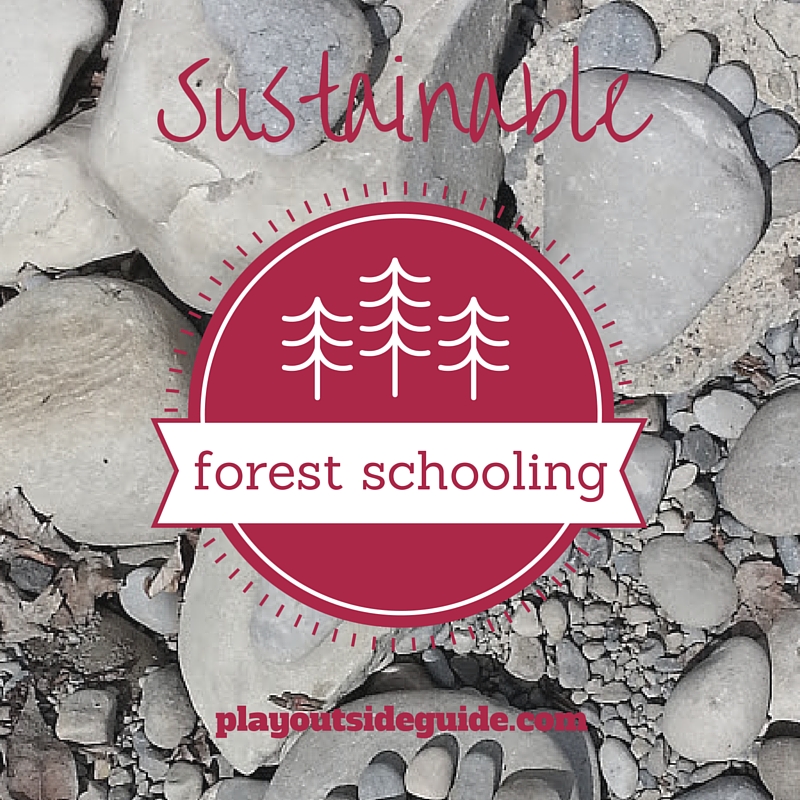 When I think of Forest School, I imagine babes in the woods getting dirty, loving Mother Earth and learning how to care for her. I envision child-led learning with an emphasis on being kind to nature and all its creatures. With the recent movement to reconnect children with nature, forest school activities are popping up all over social media. Some suggested activities are genius, and others are frighteningly unsustainable. While planting a tree seems like it would be good for the environment, planting a Russian Olive tree would be detrimental to the forest (it is an invasive species). And as much fun as it is to catch minnows, after being handled and kept in a bucket in the blazing sun, many of them will die. Like the old saying goes, “the road to hell is paved with good intentions.” How then can we get on the path to sustainable forest schooling?

1. Look But Don’t Touch: The best way to view wildlife is in its natural habitat.

2. Respect Park Rules: There are reasons why we aren’t allowed to collect deadfall for firewood or cut green branches for marshmallow sticks. Even if you do these things in the name of education, if every park visitor violated the rules, the park would lose the very characteristics that make it a protected area. Trees would be denuded and unhealthy from the lack of forest litter rejuvenating the soil. In the firewood and marshmallow stick example, one could instead teach the importance of nurse logs, show children what kind of wood burns well (but not take it), and practice some stick whittling when when you are pruning the trees in your garden! By respecting the rules, we lead by example and preserve the park’s wildness for others to enjoy.
3. Leave No Trace: Learning to Leave No Trace is as easy as 1 to 7! To learn the seven principles, please visit Leave No Trace Canada or see my post summing up some common leave no trace mistakes and how to fix them.

4. Use Common Sense: What will the long term effects of my actions be? Picking dandelions on the soccer field and making dandelion chains is a far cry from picking alpine flowers in a fragile environment. I let my kids do the former, but never the latter. We also collect leaves in city parks since they get raked up anyways. There are plenty of opportunities for forest schooling in our cities and backyards, but if we venture out to protected areas, let’s do our best to keep them wild.
By pursuing leave no trace principles and stewardship mandates, forest schools can teach children how to appreciate nature gently and tread gently on the Earth. No more buckets of minnows, hacked trees, and starfish jewelry!

8 Tips to Get Your Kids Hooked on Fishing

How to Get a Good Night’s Sleep When Camping

Winter Trails and Trail Reports for Banff and...

How to Store Your Tent Properly

Tips for Walking to School & Walk to...