Home Learn Here We Go ‘Round The Medicine Wheel

Here We Go ‘Round The Medicine Wheel

What is a Medicine Wheel and what is it for?

There is something mysterious about a Medicine Wheel. Whether it’s the name, or the sense that you are in a sacred place, it is difficult not to feel some connection with the past, other visitors, and your surroundings when you visit one. Nose Hill Park’s Medicine Wheel (est. October 2015) gives you that feeling even though it isn’t ancient like its brothers and sisters scattered across the province. Interconnectedness is, indeed, what the medicine wheel is about. 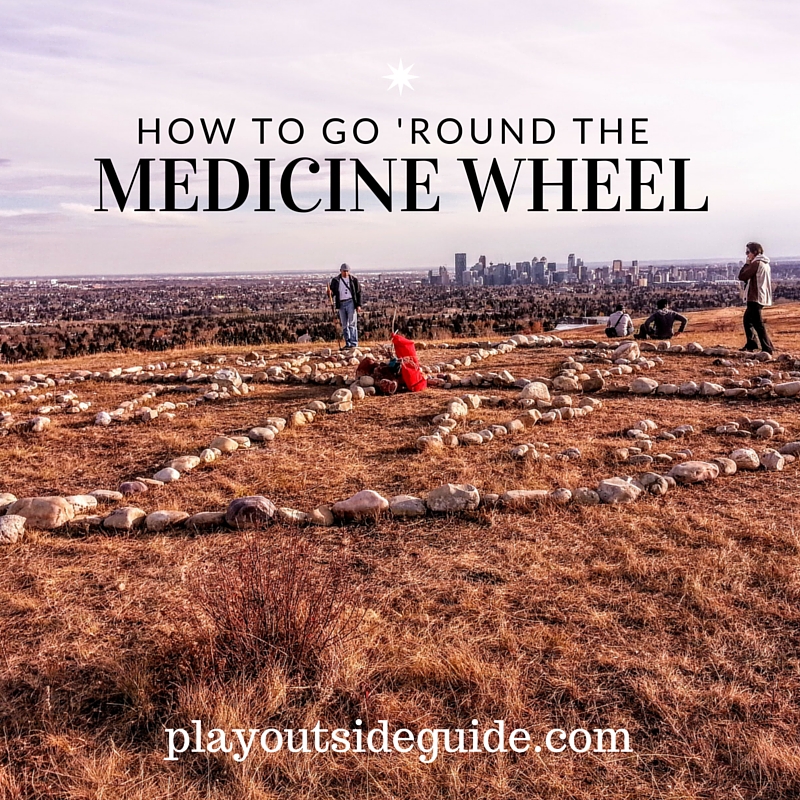 What Is A Medicine Wheel?

Constructed of rocks, a medicine wheel usually consists of a rocks set out in one or more circles, with a rock cairn at the centre, and two or more spokes radiating from the centre2. While some medicine wheels have several spokes, many have four as four is a sacred number to several North American aboriginal peoples3.The Medicine Wheel represents the interconnectedness of all things as well as the circle of life.

What Are They For?

In more recent times, Medicine Wheels have been places to pray and give offerings to the Creator or Sky Beings. Artifacts up to 4,500 years old, including bones and arrowheads, have been found at some sites.

Who Made Them & Where?

The majority of medicine wheels have been discovered in “traditional Blackfoot Territory mainly in Alberta, but also Montana and Wyoming [and] Saskatchewan”.6 Two thirds of all known medicine wheels have been found in Alberta7, the most noteworthy being The Majorville Cairn and Medicine Wheel, near Bassano, which contains artifacts 4,500 years old making it one of the oldest religious monuments in the world (older than Stonehenge or the Great Pyramids).8

What Offerings Can I Leave?

Offerings can be prayers, songs, or physical things such as cloth, colored ribbons, or necklaces. On the day I visited, someone had left fresh cut flowers (not wrapped in plastic). Traditional offerings include the four sacred medicines: sweetgrass, sage, willow, and tobacco8.

Place your offering on the central cairn, being careful not to disturb any stones or others’ offerings.

What Is the Correct Way to Go ‘Round the Medicine Wheel?

It is recommended that you walk around a medicine wheel in a clockwise direction9.

Why do you think the number 4 is significant to so many First Nations?
(see how many your friends/family can come up with)

Have you visited a Medicine Wheel before? How did it make you feel?

Winter Trails and Trail Reports for Banff and...

How to Store Your Tent Properly

Tips for Walking to School & Walk to...