Home Destinations Alberta, through the mirror: 48 hours in Lacombe County

Alberta, through the mirror: 48 hours in Lacombe County

Lacombe County’s country charm will draw you in as you explore the Boomtown Trail.
By: Jeremy Derksen


It began simply enough as a hobby for Grace Smith. “My grandmother had some antiques when I was a little girl,” she says. “So it kind of became my quest to find items like hers after she was gone.”

Around five years ago, Smith opened Gracie D’s Antiques in Mirror, AB. Now, with 14 buildings on the site (each themed with different kinds of collectibles) and old cars and farm equipment on display around the grounds, her hobby has bloomed from small store into a regional destination. It may well be the single largest private antique collection in Alberta.

Get planning your trip and check out the full story on ZenSeekers.com

Antiques and greenhouses dot the landscape in Lacombe County. Fertile land offers good growing conditions, as it has since the first boom came to this area, rolling in on the railway tracks.

At one point during that first boom, Mirror was touted as a possible capital of Alberta. But the railway moved on to Edmonton and that all changed. The boom became an echo, and the county stayed a small rural place with agrarian roots.

Today, that is exactly the reason for its allure. Certain rites mark the passage of seasons, like the arrival of summer strawberries at Willow Lane Flower Farms, or the Tees Rodeo in August. Planter and floral design workshops at Tranquility Greenhouse are among the more popular local outings.

Perhaps, working the land slows time and people mark its passing in more tangible ways. Like the antiques at Gracie D’s, there is a sense of history and connection in Lacombe County, a reminder of the way things were — and, in some places, the way they still are.

#ExploreAlberta with Travel Alberta who has an entire section of their website dedicated to travelling the #BoomTownTrail. 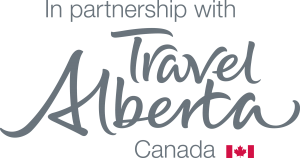 Stay and play in Cranbrook this winter!

Fun things to do in Calgary on Family...

Why you should visit Fairmont Hot Springs Resort...

12 Things to Do in Jasper this Winter

The Best Winter Hikes Near Calgary

Warm up and chill out at Kananaskis Nordic...